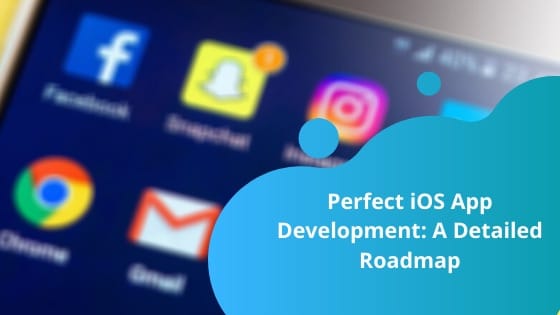 The most crucial aspect of mobile app development is choosing the right operating system to fabricate your application with. The ever-going debate has always been between iOS and Android.

Now the platform you choose to develop your application will always play a significant role in your market standing. If you wish to go for numbers, you can develop basing your app on Android. Still, if you want a substantial amount of users, using your application while staying loyal to it, you should definitely go for iOS app development.

Before we move forward, let’s understand why we suggest you go for iOS app development.

As an iOS app development company also dealing with developing platforms for all platforms, we can tell that iOS is quite faster than Android devices. An iOS application is often smooth and free of glitches.

Also, an iPhone and iPad functions similarly, while the functioning of an Android device mostly depends on the model type one is using.

Therefore, it is easier to use an iOS device.

Another brilliant aspect to consider while choosing your platform lies in the fact that Apple’s app store generates more revenue than Google’s app store.

So if you aim to generate a hefty profit out of your application, iOS is the way to go!

You can create a mind-blowing iOS application keeping your business goals into consideration.

Availing some help from a company offering iOS app development services, you can get an edge over your competitors.

But before you develop your application, there are certain things you should keep in mind:

The aspect ratio of each Apple device varies; for example, the aspect ratio of an iPad is 4:3 while that of an iPhone is 16:9. This must be given careful consideration, although size does not matter that much, it can create an impact in terms of resolution.

Here the iPad will have better resolutions due to the increased screen size.

A significant difference between an iPhone and an iPad is that the iPhone can make regular calls while the iPad fails to do that. However, an iPad can make calls through FaceTime, but so can other iOS devices.

This is another significant difference between iOS devices that you must consider before developing for iOS.

An application developed for iPhone can be run on both iPad as well as an iPhone, whereas an iPhone can only run applications that are specifically built for it and share no characteristics of an app made for an iPad. This is because it is difficult to compress the high-resolution apps built for the iPad.

Designing for both major iOS devices requires different techniques and tricks. The reason is not solely the compatibility of applications on both devices; it also depends on the fact that the iPad needs the app to be high in resolution compared to an iPhone.

Therefore, each app is designed to provide a rich experience to the user of that particular device.

As an iPhone app development company, we know the dos and don’ts of developing an app for an iOS platform. Speaking from our experience, these are the four factors that hold major significance in app development.

Now moving on to the actual part of app development- Developing!

Every development process starts with planning.

“By failing to prepare, you are preparing to fail.”

Always start with a solid plan; address all your goals, and find answers to all the questions.

You must perform a thorough market analysis before you draw a concrete plan to ensure your product is worthy of grabbing a reputed place in the market.

The next phase of your app’s roadmap is to draw out the goals your design team is expected to accomplish.

Create a prototype using wireframes, paper sketches, or blueprints to get a more precise view of how your application will look upon completion.

The UI/UX design is the life of an application; the fate your app acquired will largely depend on how carefully it has been designed.

Only this factor can get you to hook your users.

This is the phase where an iOS application development company has to put in all extra efforts and precision. The development phase is entirely aimed at turning your raw idea into a fully-functional reality used by millions of users.

During the phase, a development team works on three fronts-

Post the completion of the development phase, the next stage that requires a company’s attention is ensuring it passes all quality tests, i.e., it should have no bugs or glitch upon launch.

Therefore, an application is passed through rigorous testing to ensure that each bug is identified at the early phase of development.

If you launch an app with bugs, your users would lose interest in it and deviate from another application.

After putting your application through rigorous testing, you send the app to the app store for review and approval.

Note: It may take Apple substantial time to get back to you or approve your app.

The process isn’t over once your application is deployed; it is continued till maintenance. This includes tracking your users via app analytics tools like Google Analytics, patching any technical or security bugs or glitches, assessing your app’s performance through KPIs, and updating your app’s functionality based on customer feedback and requirements by iOS.

That was all for the process!

It’s not over yet. We would also like to mention some practices you can perform to develop a brilliant iOS application:

Keeping your app’s design simple will give it a cleaner look, and secondly, reduce the complexity of your application.

Your application’s design will also depend on the experience and designing techniques your iOS app developer holds.

But always remember to keep the design clean and simple to maintain its beauty.

Another unusual practice to keep your users hooked to your iOS application is to increase its user interaction.

The most prominent example of all is Amazon; it has one of the best user interactions allowing ease of use in both the website and the mobile application. It is convenient for a user to place the order through a mobile app and make payment via the website.

Battery usage is one of the most critical factors of any mobile application. In many scenarios, a high-performing processor will put a considerable burden on your app, resulting in quick battery drainage.

The iOS app development services must pay extra attention to save the app’s battery life, to make users fall in love with it even more.

It is suggested to test the app before it is launched to find and fix the bugs. Making it a “worthy of love” app.

If you follow each step precisely and orderly, we are sure nothing is unachievable.

Set your targets high and make sure to take a long leap to achieve them.

If you lose balance in the way we, an iPhone app development company, will be here to hold you and provide you the support you need.

We believe that the journey should be as beautiful as the destination. Therefore, we aim to provide our clients with the best development journey with an even better end goal, aka your application. 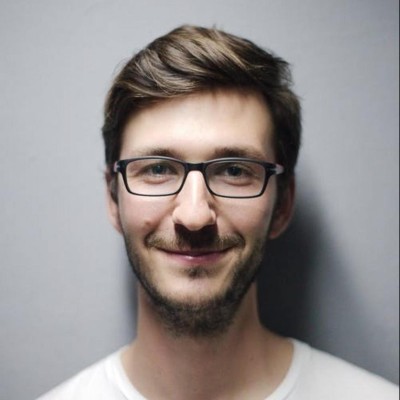 How to Invest in Real Estate: 4 Ways to Get Started

What Features to Look for in an Email Hosting Service