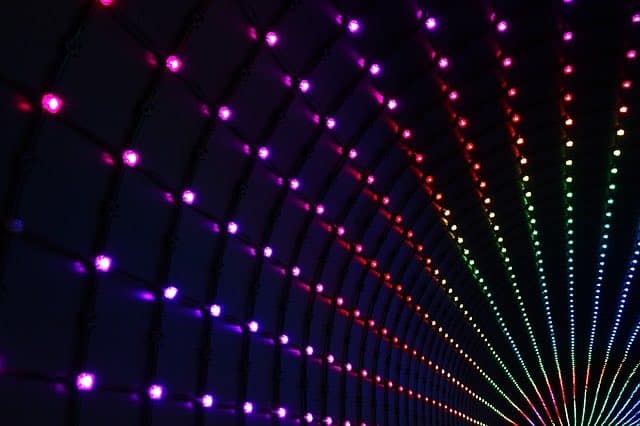 LED lights are one of the most widely used lights all over the world. It has brought about big changes in the lights industry. This is because of its eco-friendly and sustainable nature and delivers a lot of benefits to its users. They are extremely good in value since they last way longer than any standard lights and are lighter on the pockets of the customers all over the world. The Use of programmable led signs is very popular these days. Even though these lights serve a lot of value, they can still potentially damage and break because of many factors that affect the lifespan of LED lights.

The experts in lighting have stated that using led lights with a higher power supply than the recommended level can potentially d amage your led lights at home. These lights require a good power supply with a regulated current flowing to the lights to avoid any kind of damage.

LED lights to require a stable and recommended power level to work efficiently and without the damage. The use of a driver can help you with that issue. It can help you to regulate the amount of current that is supplied to the lights to prolong its life. This device is pre-installed with good quality lights. These high-grade lights are slightly more expensive than the standard one but offer a longer life due the integrated drivers installed in them.

The temperature around the lights, the place where the led light is installed by the user, is a great factor in the lifespan of an LED light. Lights that are used in an enclosed room can have an early failure due to increased ambient temperature of the surroundings. This is why it is recommended that led lights must be installed in places where there’s more air that can help in dissipation of the heat generated around the led light.

Not a long time back, the drivers and the capacitors used in the led lights were made majorly out of plastic. These devices were used to capture the energy and store it. These capacitors only lasted a year when used daily. It is said by the experts that these devices were affected by the surrounding conditions that included the heat as well as the ambient temperature around the lights.

LED light manufacturers use updated devices in their led lights. The use of ceramic capacitors in led lights is used by a lot of manufacturers. These capacitors help the lights in having a better overall tolerance to the temperatures outside. This in turn drastically increases the lifespan of led lights that previously used to last about an year or so.

Led lights use a lot of small devices to make them work. The heat sinks and different chips are very sensitive to the increasing temperatures inside the led bulb, which must be taken care of.

The quality of LED lights is something that must not be ignored while manufacturing or purchasing an LED since it is responsible for its lifespan.

They are very prone to a premature defect or malfunction.  A cheap deal is always not the best deal.

Too much or unnecessary use of led lights can cause them to die sooner due to overuse.  the average lifespan of led lights is counted in hours so reducing those working hours can elongate the life of an led.

The amount of money spent on manufacturing a particular led light reflects the reliability and the materials used in the lights. This is what decides the quality of the lights and reflects its lifespan.

LED lights may be a good option in various important aspects but still, their life depends on a lot of various environmental and manufacturing factors that have been discussed in this article. We heavily depend on the light emitted by LED lights and use them for over fifty thousand hours in their lifespan. So knowing what factors affect the lifespan of programmable led signs is important. Hope this article was helpful in providing knowledge about the factors that affect the lifespan of these lights.