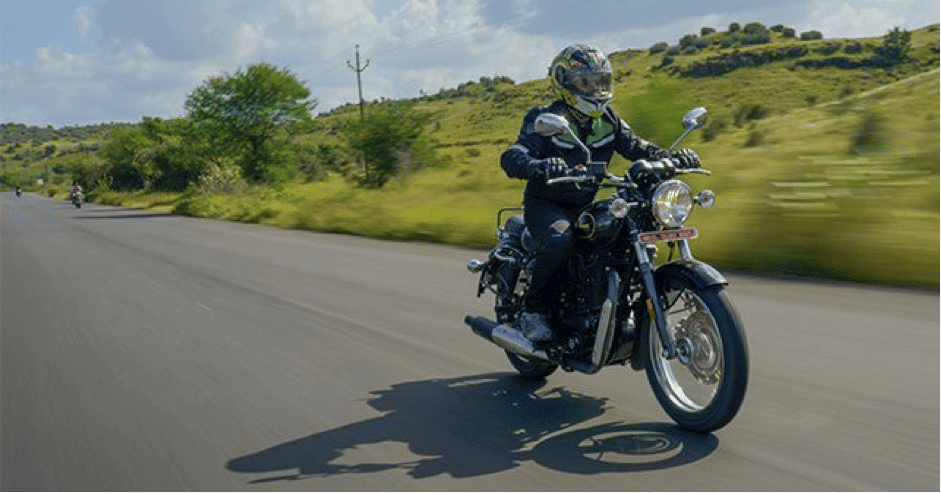 There’s something about retro and old school charm that really evokes a sense of nostalgia and affection with the end-user. There’s nothing better than cruising on a highway – on a windy day, that is – at a comfortable speed neglecting time and chasing cars. That certainly explains the affection towards cushy cruisers in the first place.

But not all of us can afford to ride a Harley or Indian in the first place. As enticing as they may sound, these cushy cruisers are way up in the price bracket than an average Joe’s savings balance. So, that only leaves the average Joe to opt for a more affordable alternative, right? And that’s where Benelli’s latest entrant for our market stands.

The Royal Enfield Classic 350 is the leader of this pack since eternity – well, almost. Of late, the consumers are more inclined towards the new Jawa as well. After all, the Jawa is the only motorcycle that gives the RE a run for its money. The Benelli Imperiale 400, in that regards, sits comfortably in this segment. And with an Italian design, retro touches in the right places, and commendable build quality, the Benelli seems to have its work cut out. So, here’s more from our Benelli Imperiale 400 review.

While the Imperiale 400’s design is a huge departure from the previous iterations of Benellis, it’s somewhat similar to the Classic 350. But then again, it’s not a bad thing considering the positioning of this motorcycle. And dare I say, it looks absolutely charming. The front-end is packed with retro touches such as the round halogen-powered headlamp, indicators, and the chrome side mirrors. The fuel tank, again, follows the same approach with an elongated design.

But what’s really nice is the well-proportionate use of chrome detailing all around the motorcycle. Sure, the side mirrors, headlamp cowl, spoke wheels, and the levers affectedly show off that shiny chrome, but the blacked-out bits like the exhaust and the engine bay leaves a nice contrast to the overall design.

The front-tyre is fitted with a 19-inch rim, while the rear is an 18-inch unit. While the spoke wheels add a bit of retro character alongside the off-road purposefulness, these are fitted with tube-type tyres. Therefore, it might be a bit of a task to maintain these on our gravel-filled roads.

Another aspect of the Benelli that really impresses is the twin-pod instrument cluster. A vertical fuel gauge and the gear position indicator is flanked by twin analogue dials – one for the speedo and another for the tacho, that is – and a small digital display that shows all the essential information.

As for the equipment and gadgetry, the Benelli Imperiale 400 only comes equipped with the safety net of dual-channel ABS and fuel injection as standard, which, in my opinion, is decent considering the positioning and old school appeal of this motorcycle.

At the heart of the cruiser

The Imperiale 400 is powered by a 374cc single-cylinder air-cooled engine that’s good for 20.7bhp and 29Nm of torque. A brochure to brochure comparison reveals the on-paper figures of this Benelli are very much in the same league as the rivals. But unlike its mainstream rivals, the power comes in a bit late into the rev range. The engine pulls quite strongly once in the mid-range, but the forte of this engine is the meaty top-end, wherein this motor feels the liveliest.

After riding it for a while, I must say the refinement of this motor is just amazing. Even when we pushed the bike to its limits – to get more of that meaty top-end, of course – the bike was almost vibe-free and superbly composed. The only grouse though had to be the limited power, as there was not enough grunt to push the bike post 100km/h.

Now while the power delivery felt a bit modest out on the highway, the Imperiale did its urban duties extremely well. All of that 29Nm of torque kicks in nicely so that overtaking in the city is quite effortless. The motorcycle is mated to a 5-speed transmission. The gearbox is precise and smooth in operation. The first four gears are perfect for the city, while the tall 5th gear ensures a comfortable experience on the highway.

Before I flood you with numbers and specifications, I must add that the seating position is quite comfortable on the Imperiale. The forward-set footpegs and the wide handlebar ensures an upright riding position. The rear seat is wider and has enough support for the lower back. At 205 kilos, though, the Benelli is a heavy operator in the segment. So much so, it’s almost 15 kilos heavier than the RE.

To give credit where it’s due, Benelli has done an amazing job with the suspension. Although the suspension is set on the softer side, it filters through bumps and undulations without unsettling the rider or the passenger. We did cover some gravel-filled road in our test ride, and the suspension just managed to filter through almost every undulation in its wake. The Benelli also remains composed at higher speeds, so there’s almost nothing to complain about this suspension.

The only part where we felt the need for improvement was the brakes. The brakes were mostly inconsistent and the ABS was just too intrusive at times. In my opinion, better braking power would have given that extra confidence while cruising at triple-digit speeds.

The Royal Enfield Classic 350 is a bit long in the tooth. Sure, it’s an excellent motorcycle – and it’s more affordable too – but the engine lacks refinement. The Jawa, on the other hand, is stuck with delivery issues.

And that’s where the Benelli Imperiale 400 comes in play. This, perhaps, is the best time for Benelli to foray in this segment. Sure, the Benelli could have done with better brakes and a more powerful engine. And not to forget it’s just more expensive – even by a wee bit – than its rivals.

But beyond that, is a motorcycle that’s really compelling. The looks are just right on the money, the quality and fit-and-finish are just phenomenal for the segment, and the high-speed stability is a boon for its cruiser traits. Plus, it is, in fact, a niche product at the time of writing this review. So, you might be the first one to show-off this premium retro cruiser in the streets. To read our full Benelli Imperiale 400 review, be sure to tune in to autoX.